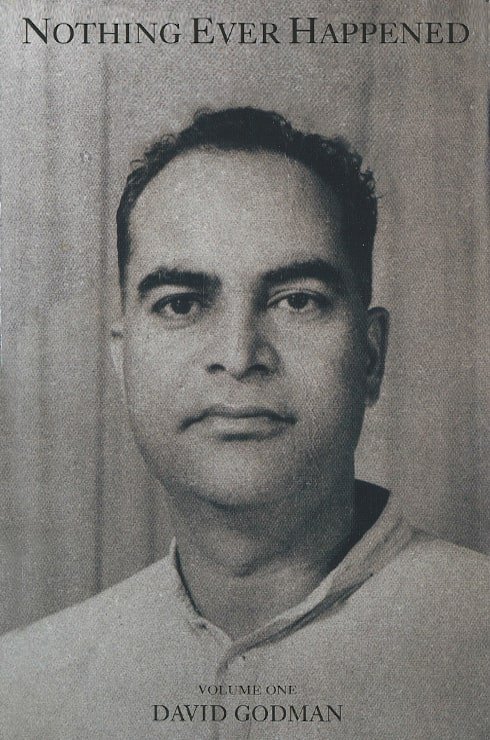 Nothing Ever Happened Vol.1

This is the first of three volumes of Papajis authorised biography. ‘Nothing Ever Happened’ by David Godman is one of the most comprehensive attempts ever made to document the life and teachings of a self-realized person.

This massive three-volume biography of H.W.L. Poonja, known to his devotees as Papaji, is one of the most comprehensive attempts ever made to document the life and teachings of a self-realized person.

Papaji gave the biographer David Godman full access to all his papers and read and checked all the chapters.

Papaji was a direct disciple of Sri Ramana Maharshi. He is largely responsible for the satsang movement in the West because he helped hundreds of Westerners attain glimpses of the Self.

The biographical narrative spans more than eighty years of his action-packed life, in addition there are teaching dialogues, extensive extracts from Papaji’s diaries and letters, along with many accounts by devotees who were utterly transformed by him.

This first volume covers his early obsessions with the Buddha and Krishna, his political activism, and his search for a guru that eventually culminated in his meeting with Ramana Maharshi in the mid-1940s. The final chapter narrates stories from his career as a manager of mining camps and his emergence as a spiritual teacher in Western India.

Be the first to review “Nothing Ever Happened Vol.1” Cancel reply